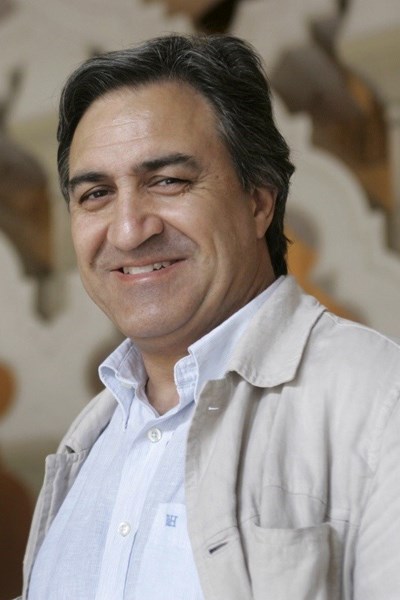 José Luis Corral (Zaragoza, 1957) is a Spanish writer who graduated in Philosophy and Arts. He also holds a PhD in History from the University of Zaragoza, in where he currently works as a professor of Medieval history.

He has run several important radio programmes and written numerous scripts like Historia de Aragon, a documentary about the history of his home region. Corral was awarded the silver medal in the New York International Television & Film Awards for his career. Furthermore, he worked as the historical consultant in Ridley Scott’s 1492: Conquest of Paradise.

Regarding literature, he has also been focused on the historical genre. He has written numerous interesting books like El Cid, in which he narrates the heroic and brilliant life of Rodrigo Díaz de Vivar, the most relevant Spanish medieval knight. Moreover, he also dove into the pseudo-fantastic genre in El códice del peregrino (The Pilgrim’s Codex), for which he used a real event as an influence. In this novel, he introduces to the readers a couple of art traffickers in the search for an ancient religious relic that could put in danger the status of the Catholic Church.

José Luis Corral is considered “the master of the contemporary Spanish historical literature”, and his novels have been translated into several languages and edited in numerous countries. He is one of the most prestigious Spanish historians internationally.