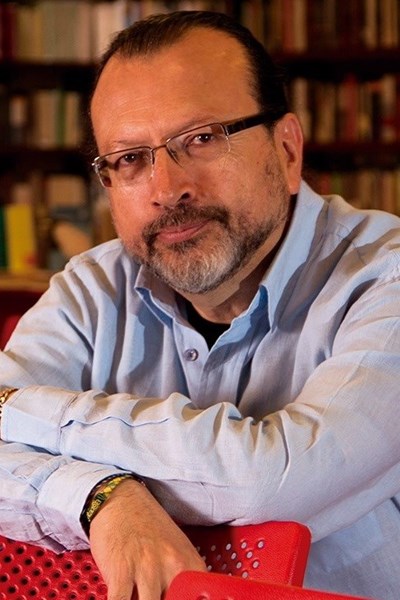 Scenic Rights is the audiovisual co-agency of Schavelzon-Graham Literary Agency.

William Ospina is an acclaimed Colombian writer. Although he started studying Law and Political Science at the Universidad Santiago de Cali, he abandoned his degree to fully dedícate to literature.

He was an editor of the Sunday edition of the newspaper La prensa de Bogotá, apart from writing several essays about great literary figures like Lord Byron, Edgar Allan Poe, Emily Dickinson, or Lev Tolstói.

In many essays and articles, Ospina has reviewed and commented on the conquest of America and has defended that it is a field of study that still has many things to say about Latin American identity.

Moved and inspired by reading Elegías de varones ilustres de las Indias, by Juan de Castellanos, he started a project that took several decades of investigating and writing: the Trilogy of Wars, Journeys and Loves, about the conquest of America and the first travels of the Spaniards through the Amazon.

The trilogy about the conquest of America won the Premio Nacional de Literatura de Colombia and the Premio Rómulo Gallegos. It has received excellent reviews both by the critics and the readers, who highlight a perfect description of the characters and the atmospheres.