You Will Walk With The Sun (Caminarás con el sol)

Scenic Rights is the audiovisual co-agency of Random House.

The struggle of a man to find the way to love and dignity.

In November 1536, the governor of Guatemala informed, relieved, of the death of Gonzalo Guerrero, the Spaniard who had been making trouble for the conquistadores in the rainforests of Yucatán. But who was this singular man who, leading a Mayan army, had crossed the gulf of Honduras to fight against his own countrymen? Why did he have his face and arms covered in tribal tattoos of Mayan symbols?

It all started when a caravel got shipwrecked south of Jamaica and the sea took the survivors to the coast of an unknown land. Right after they arrived, the castaways were captured by a group of warriors who sacrificed the strongest ones in the altar of their fierce gods and enslaved the rest of them.

Eight years later, only two of those men were still alive: Jerónimo de Aguilar who, when the moment came, did not hesitate to join Hernán Cortés’ army; and Gonzalo Guerrero, who, despite knowing his destiny, decided to stay until the end in the side of those who had enslaved him.

Since then, in both sides of the sea, people wonder if Gonzalo Guerrero was a hero or a traitor. Perhaps he was both, or maybe he was only a man able to look the tumultuous world that surrounded him in a different way, and who joined a fight for what he loved: freedom, family and dignity.

RELEVANT INFORMATION: Caminarás con el sol is a bestseller, awarded with the Premio CajaGranada de novela histórica. It is told with an intimate perspective that allows the reader to empathise with the transformation of the Spanish soldier into a Mayan slave and later on into a Mayan warrior. Far from the usual historical novel, the author has built a complex protagonist with a spectacular evolution. 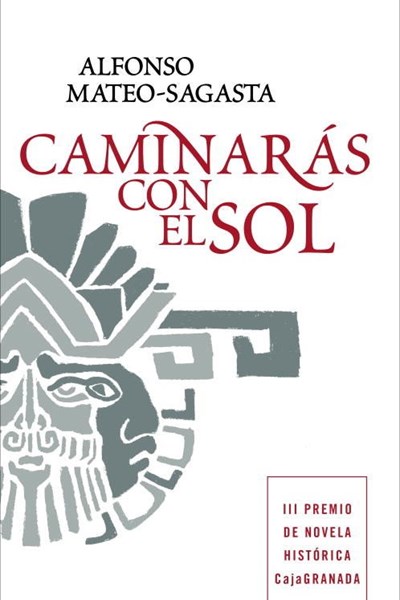