The end of mankind looks like a classic detective novel but actually tells the story of a policeman that is in the process of changing sex. The novel begins the first day of the protagonist as a woman, Carlos Luna is now Sofía Luna, who must make her way in the sexist environment of the Homicide Brigade.

A murdered young man appears and the investigation of the crime makes us reflect on the paradigm shift that is taking place in modern society, where women struggle to occupy the positions of responsibility in the different estates.

Our protagonist must face the case and the consequences of her new identity, trying to find her place as a woman. Her first obligation is to solve the crime, but she also has to get acceptance of her work environment and, above all, to keep the love of her son.

The end of mankind is based on real events, an English policeman who subjected himself to a surgery of change of gender and suffered the rejection of his entire environment (labor, social and familiar). In the real case, the policeman dressed as a man when he had to visit his children and as a woman the rest of the time. Sofia Luna, this novel’s character, is not all that good. But she does have problems in order to get his son’s acceptance, who is incapable to understand he has two mothers. Nowadays, given its success, there is a second part coming soon.

Antonio Mercero is the screenwriter of the movie “The Shame”, directed by David Planell. He was also the co-screenwriter of two movies: “Fifteen years and a day” and “Happy 140”.

AUDIOVISUAL POTENTIAL: In development for a TV Series format. 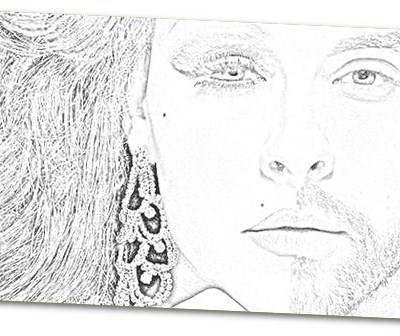