In Pueblanueva del Conde, an imaginary seafaring villa in Galicia, everything is shaken by the return of Carlos Deza, the last one of the Churruchaos, former lords of the villa. Cayetano Salgado, Carlos’ childhood friend, sees his position in danger and he will make everything to keep his power over the village. Mrs. Mariana, former representative of the Churruchaos until Carlos’ arrival, wants him to accept his inheritance in order to keep things as always in front of the new power, but Carlos does not want to get involved.
Sometime later, the conflict between the old and the new power remains. Rosario, Cayetano’s lover, leaves him and goes with Carlos. What it seemed like a fight for the social and economic power descends to the passion field, and there Cayetano is less powerful. The confrontation seems to opt for Carlos, but Cayetano is not in a hurry. Clara Aldán, another decrepit Churruchao, poor and hopeless, passes to fill a new battlefield between both contestants, joined by Juan Aldán, Clara’s brother. And, in Easter, sadness will come.

It is an excellent portrait of the reality of society in the prewar Galicia. The joys and the Shadows presents a deep analysis of the characteristics of that society and its passage from the 19th century to capitalism, when everything changes in order to keep everything in the same way. It was published with barely impact; the first part, The Lord Arrives, got the Foundation Juan March Novel Award, just when GTB was about to give up on writing. 25 years later, the TV adaptation gave the author the popularity recognition that he needed.

RELEVANT FACTS: Televisión Española released in 1982 an adaptation of the novel. It was directed by Rafael Moreno Alba starring, among others, Eusebio Poncela, Amparo Rivelles, Charo López and Carlos Larrañaga. It was supervised by Gonzalo Torrente Ballester and was a remarkable success of critic and public.

Playwright, essayist, critic and prolific novelist. Gonzalo Torrente Ballester is a key author of contemporary Spanish literature. Among the many awards he received are highlighted the National Literature Prize in 1981, the Prince of Asturias Literature in 1982 and the Miguel de Cervantes, in 1985. He was also member of the Royal Spanish Academy since 1975. 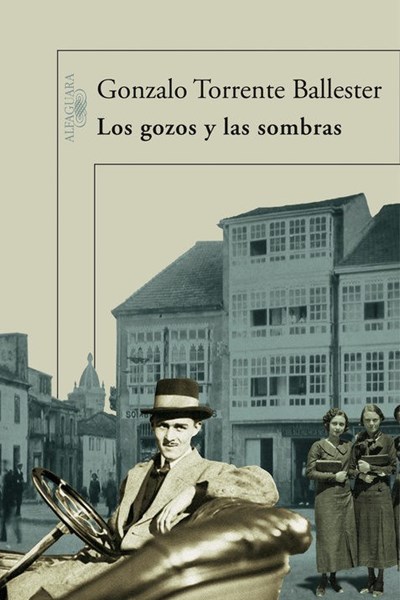