In February 1874, two Spanish businessmen, a tobacco grower and a sugar farmer, meet at a restaurant in Havana, where they start a conversation while they smoke a cigar.

On that dialogue, both characters tell why they abandoned Spain and how they managed to make a living in Cuba. Both of them share a recent widowhood, something that has left them alone in the country but that also makes it possible for a strong friendship between them to emerge.

Beyond their personal adventures, the narration also goes in depth imto darker topics, such as slavery or the contemporary social injustices happening in the country.

RELEVANT INFORMATION: Mala hoja is a good portrait of 19th century Cuba, seen from the point of view of two exiled Spaniards that arrived to the island looking for a better life. 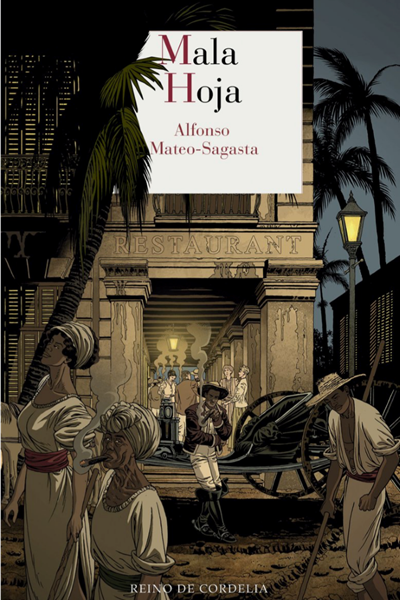