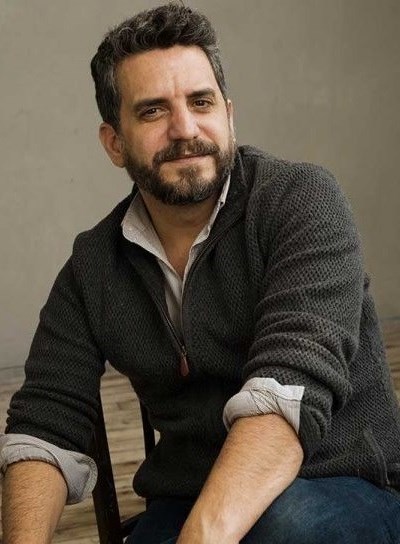 Pavel Giroud is one of the most important Cuban filmmakers nowadays. Even though he firstly worked as a designer and art director in films and theatre plays, he soon started directing his own creations.

His first solo film was The Silly Age, nominated to the Spanish Goya Awards and selected to represent Cuba in the Academy Awards. The movie was premiered at the Toronto International Film Festival and awarded in many other international events.

His most recent work is The Companion, acknowledged as the Best Project in Development in the LXI San Sebastián Film Festival. The Companion was also awarded the Julio Alejandro SGAE Award for the Best Ibero-American Script. Furthermore, it was also selected to represent Cuba in the Academy Awards and nominated to the Platino Awards and the Forqué Awards. Giroud was given the Audience Award in Miami, Toulouse, Malaga and Havana, as well as the Best Script Award in the HFF New York.

Among his most recent projects, one can find Partagás, based on the novel Los últimos días de Jaime Partagás, by Miguel A. Sabater. In this TV series project, the artist deepens on the many conspiracies against the successful tobacco empire of Jaime Partagás, the Steve Jobs of the Havana cigars.

Along with Daniel Corpas Hansen, Giroud created The Nation, another TV series project starred by the most intriguing urban gangs and drug trafficking. The Nation is a frenetic and original noir thriller.

Pavel Giroud, right after directing The Silly Age, was elected as one of the most promising Latin-American filmmakers.

Some critics have assured he is “the new Cuban Truffaut” and “the best filmmaker of his generation”.